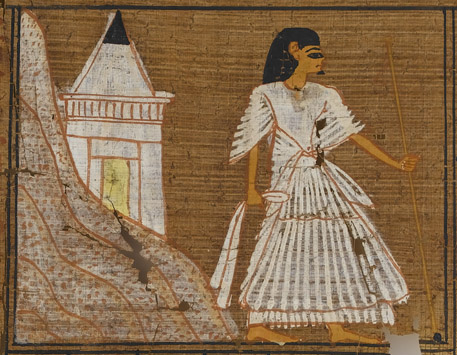 Spell 72 is one of several spells which are ‘for going out in the day’. The small picture, which accompanies the spell, shows Ramose walking away from his tomb. The white colour of the tomb structure represents the limestone cliffs into which tombs were often cut. The pink colour, with red stippling, indicates the sands of the desert. A small pyramid is shown over the top of the tomb, and there is growing evidence that tombs of this period (the Ramesside Period) often had a small pyramid-shaped superstructure.

One of the principal themes of the Book of the Dead was the concept of going out in the day. This was an important way in which the person named in the Book was able to continue to exist in the afterlife. 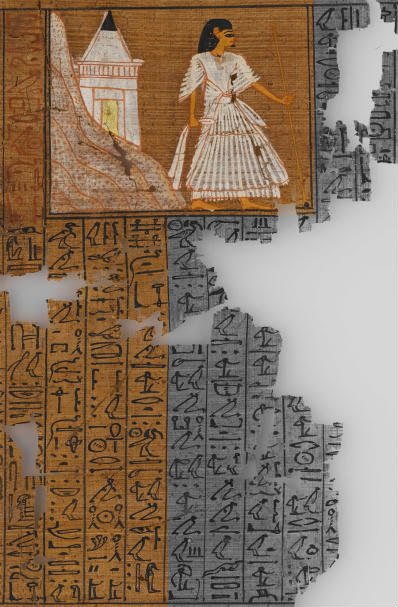 Spell for going out in the day: recitation by</span> the Osiris, supervisor of archivists of the Lord of the Two Lands, Ramose, justified, after opening the tomb. He says: ‘Hail to you, possessors of right souls, without falsehood, who exist for always in the borders of eternity. Open up to me! Having been an akh-spirit in form, … 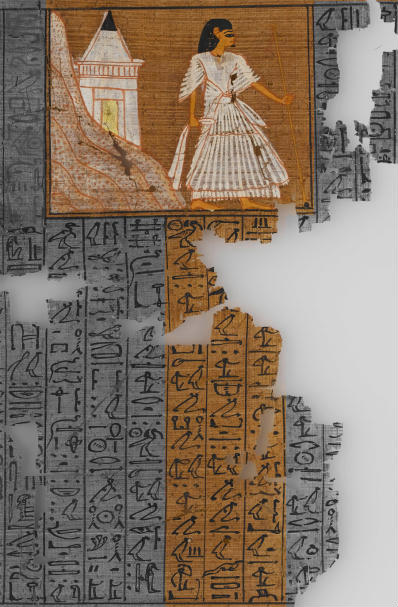 … I am an akh-spirit, having arisen by my magic, having been recognised as my akh-spirit. Save me from the agressor in this land [of the truth. Give] me my voice to speak. Give me … 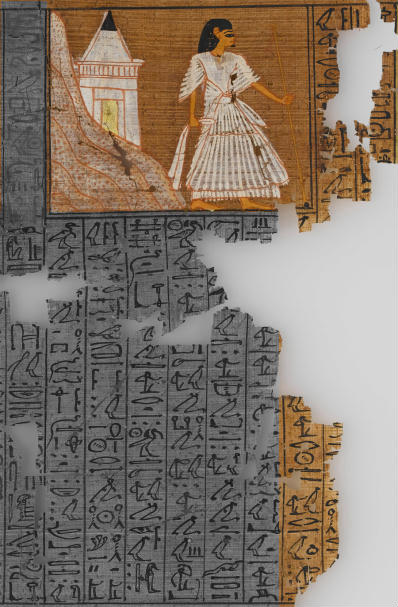