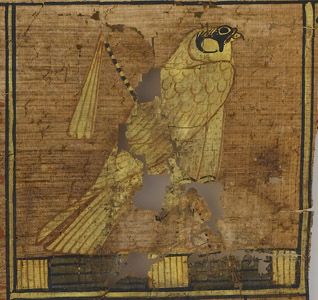 Spells 77 enables Ramose to turn into a hawk of gold. The text tells us that his back is 7 cubits (about 3.7 meters) in length, with wings made of green stone and the head of a benu-bird (which can be seen in spell 83).

The picture for this spell shows a golden hawk-figure which is standing on a mat. It has a golden flail at its shoulder.

In Ramose’s Book of the Dead, as in many other examples, this spell is accompanied by spell 78 ‘for being transformed into a hawk’ 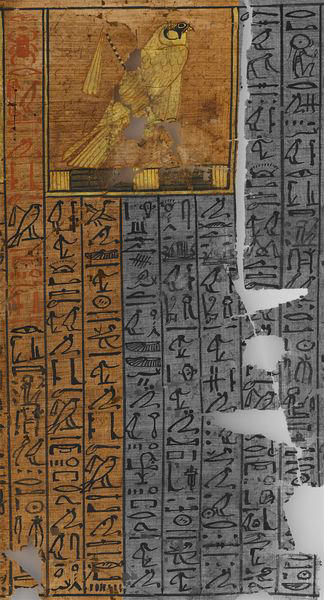 For being transformed into a hawk of gold. Words said by the Osiris, superivisor of archivists, Ramose, justified:

I have appeared as a hawk of gold, which has come out of its egg. I have flown up and alighted as a great hawk (whose back is) 7 cubits in length … 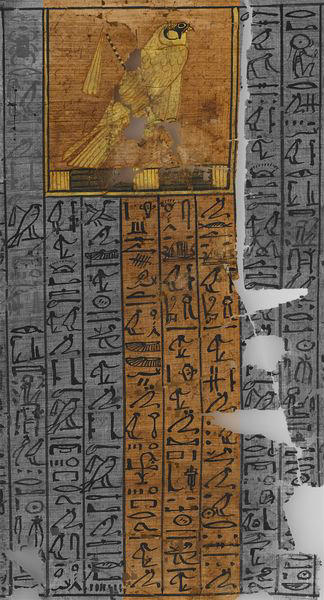 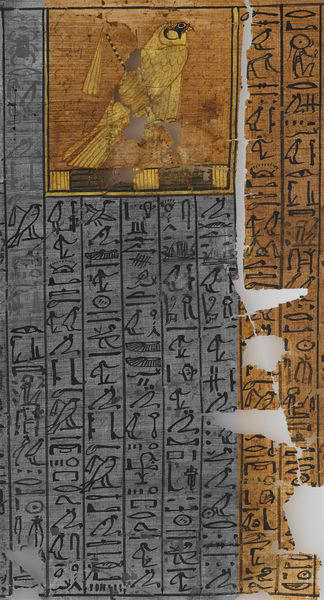 … They bow when I appear, being assembled as a beautiful hawk of gold with the head of a benu-bird. Ra enters those things that are in him. I am the Osiris, supervisor of archivists, Ramose justified /// every day.